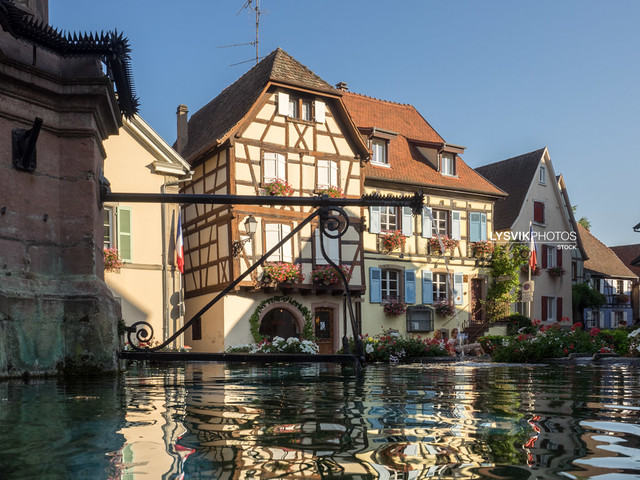 Eguisheim is a picturesque medieval village located on the ‘Alsace Wine Route’. This is the main square and it’s named after Saint-Leon: it hosts a statue of the saint and a fountain (built in the late XIX century) that is also named after him, and it’s surrounded by typical half timbered houses.

Available for licensing on Getty Images